Date: 2017 – ongoing
Location: Location not provided for purposes of confidentiality.

Groundwater Monitoring: Leaaf conducted annual groundwater monitoring at an abandoned antifreeze recycling facility, revealing the need to prepare a Work Plan, QA/QC Plan, Technical Sampling, and Analysis Plan to conduct additional site investigation at the property based on the results of the groundwater sampling and previous investigations. Constituents of Concern (COCs) at the facility include chlorinated solvents from antifreeze processing, and petroleum hydrocarbons from fuel/waste oil storage.

Leeaf gauged and sampled three monitor wells and prepared a report in accordance with RECAP comparing the findings to RECAP screening standards. Potentiometric surface and areas of concern were depicted on figures. The report was submitted to and approved by LDEQ.

Based on the groundwater monitoring results and information provided in previous reports, Leaaf prepared a combined Work Plan, QA/QC Plan, Technical Sampling, and Analysis Plan to conduct additional soil and groundwater sampling and analysis.  The objective of the additional site investigation is to delineate the soil area of investigation, to delineate the light volatile groundwater plume, and to provide data to determine whether a dense volatile plume is present and/or requires further investigation.  The plan has been approved by LDEQ and incudes the installation of up to eight borings to a maximum depth of 65 feet. Three of the borings will be converted to permanent monitor wells, and up to 4 will be converted to temporary wells. The combined plan includes the required QA/QC elements outlined in EPA Requirements for Quality Assurance Project Plans (QA/R-5).  Soil and groundwater will be sampled for volatile and semi volatile organic compounds, metals, glycols, PCBs, pesticides, and hydrocarbon fractions. The results will be evaluated in accordance with RECAP guidance and reported to LDEQ. 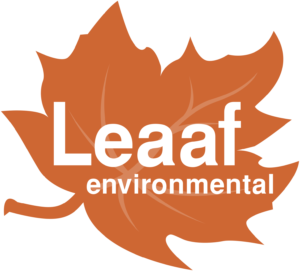